Recently, we’ve discussed the why and the how for the gravel wheel data collection. Let’s continue on understanding the how.

We continued the search for finding the right sensor and heard about a one that measured CdA and Crr being developed by a Canadian group, AeroLab. I contacted them and explained that we were looking for a sensor and the troubles we’ve already had collecting data to see if they could help. Their responses sounded promising, so I booked a trip to Calgary to work with Chris Morton (Technical Director) and Kelly Zwarych (CEO – CFO) of AeroLab in person and see if their sensor was going to be the right fit. Below is an early prototype sensor we used during my visit. 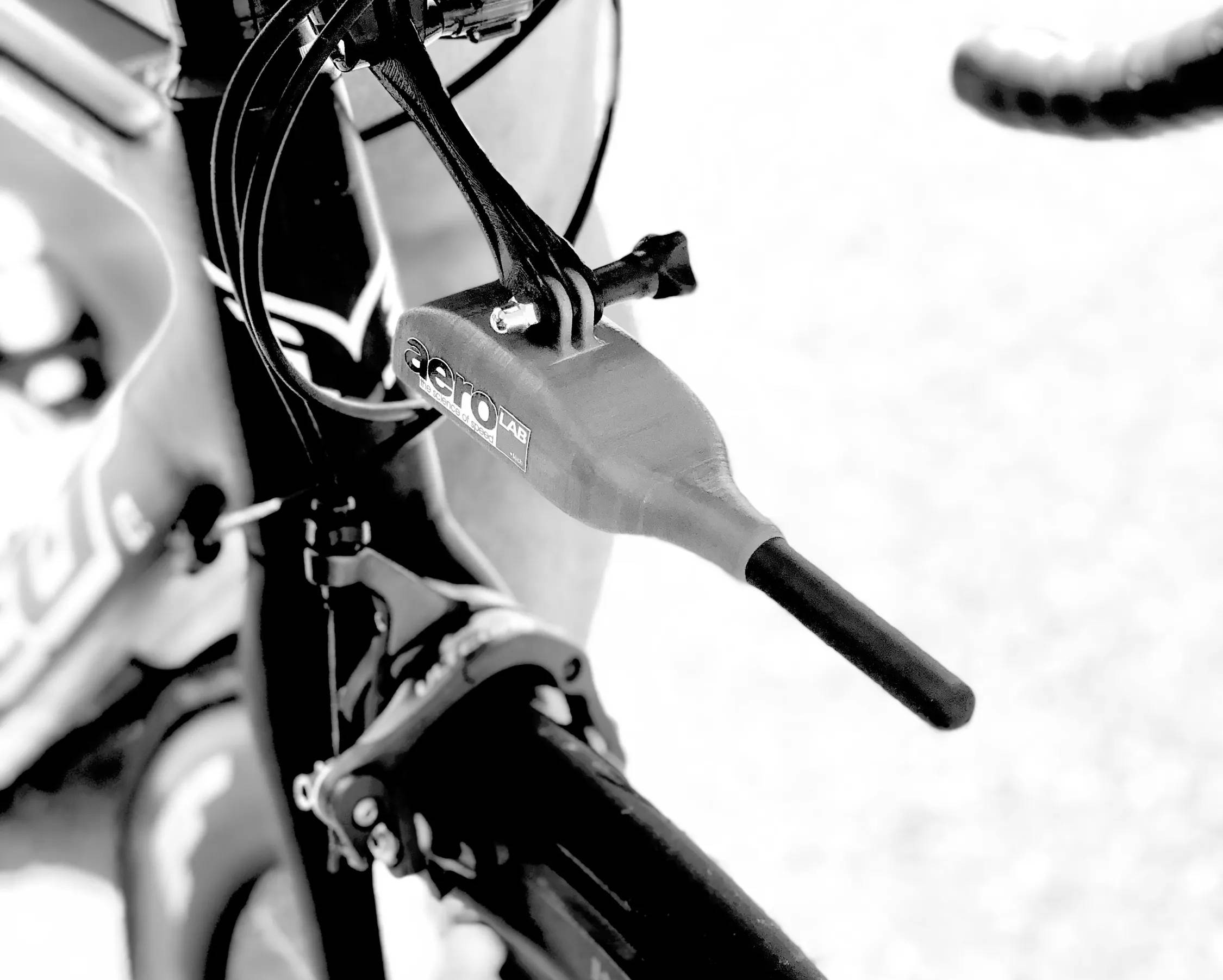 AeroLab’s initial focus was to use the sensor to study on road CdA, but Crr was an option. We were the first to ask for Crr, and since the sensor was still in development, we were able to help develop an initial testing protocol to accurately measure on road Crr while simultaneously measuring CdA. Their unique sensor is in line with the Chung method and it collects all sorts of data like; air temperature, wind speed and direction, elevation data, velocity, power, acceleration and more. The sensor then uses a highly sophisticated algorithm to simultaneously measure Cda and Crr on road.

Two days were set aside for training me on the sensor and developing a testing protocol. Day one was the velodrome and day two was on road. First, I had to understand how to use the sensor. I rode around the velodrome with the sensor in CdA mode and watched the display update my CdA on the fly. After working in aerodynamics for nearly a decade, saying I was impressed is an understatement.

The look on my face in the picture below is me trying to wrap my head around how on earth this worked. 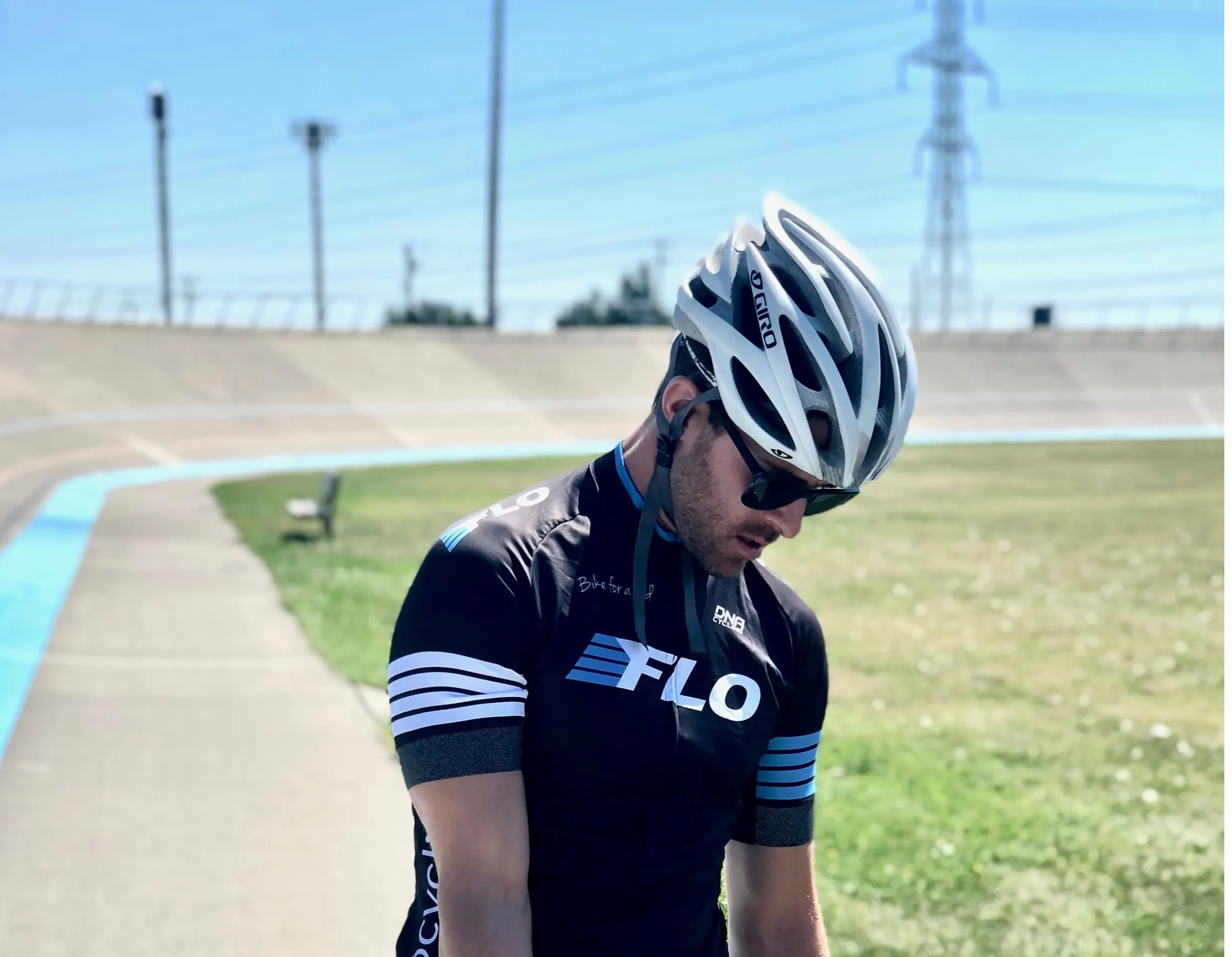 After learning how to use the sensor, we started developing a testing protocol for day two’s on road test. We completed several runs at different tire pressures so that Chris Morton (one very smart guy) could process the data that night. Once that data was processed, we would be able to set up a final protocol for the road test the following day. The picture below shows Chris and I talking shop about the protocol. 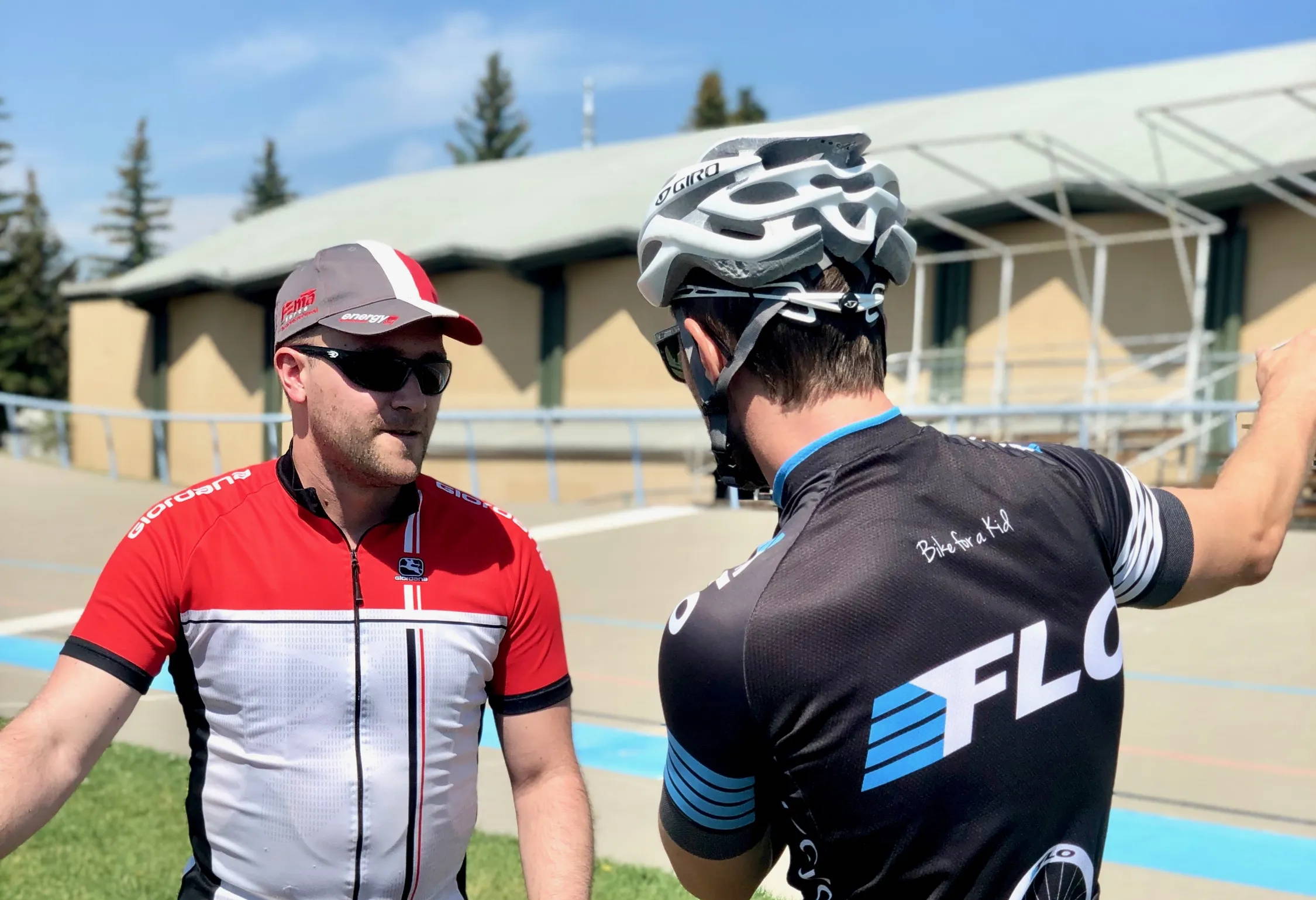 The next day we headed out to a country road in Calgary to test the on road final protocol. Each test consisted of a total ride distance of 4 km, out and back two times, and varied power. We changed the power by 30 watts and held that power for 60 second intervals starting with 150w then, 180w, 210w, 240w and then decreasing back to 150w and repeating the same sequence. The power variance is used to help solve for CdA and Crr. Chris walked me though the math after testing and I was sworn to secrecy, but I can tell it is nothing short of brilliant.

We tested a single tire size with four different tire pressures (60 psi, 80 psi, 100 psi and 120psi) to determine if we could measure impedance over the pressure range. Below is a picture of our on road testing during day 2. 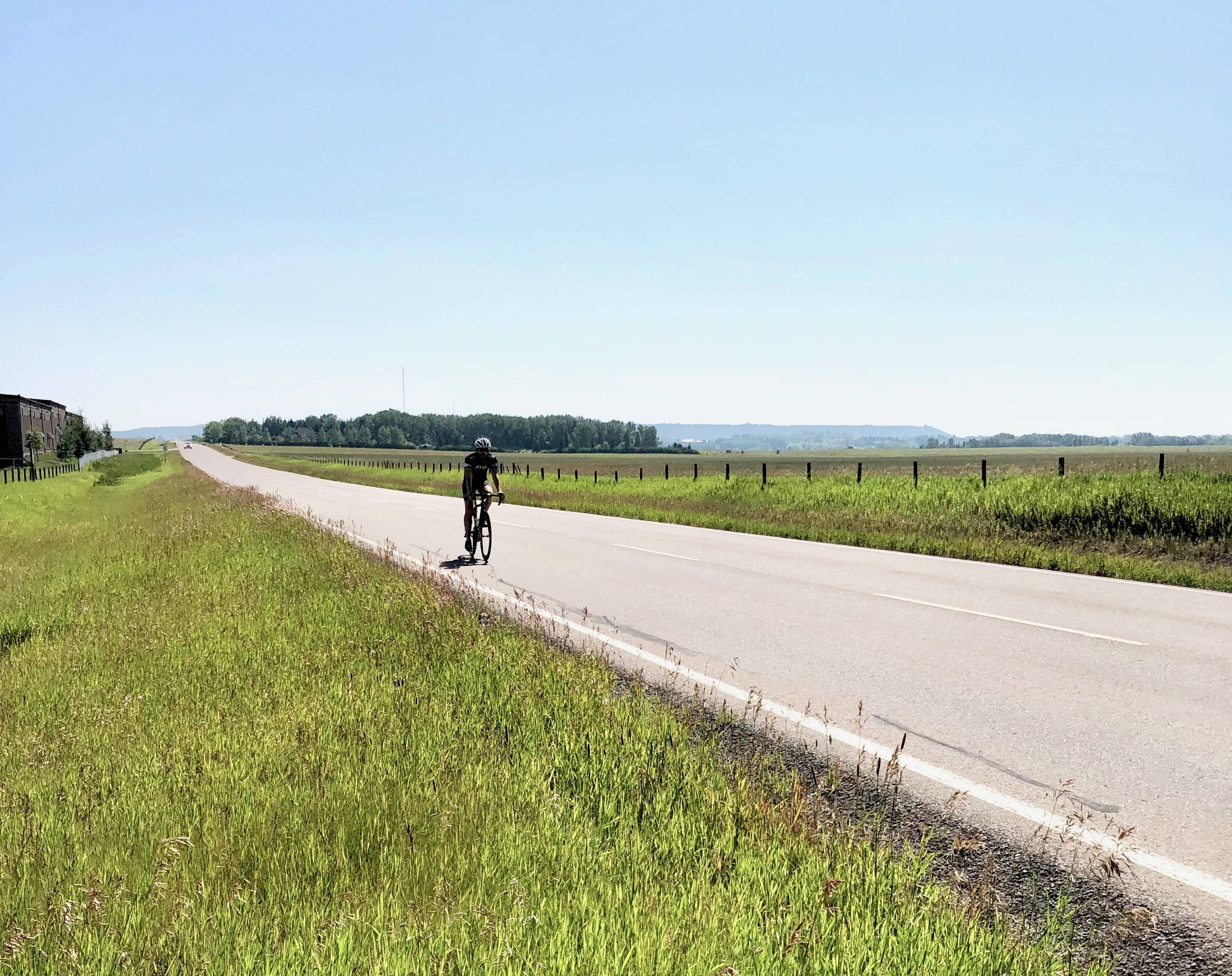 After the testing was complete, I went back to the AeroLab office and watched Chris process the data. As we plotted the data, the impedance effect was plain as day. Success! We found our sensor! We now needed to refine the protocol, determine how to solve for CdA and Crr simultaneously (since we plugged in a base CdA number for testing purposes) and wait for a sensor to be delivered. We decided to ask our friends at UNLV to help us refine the protocol. Stayed tuned for Part 10 of the FLO Gravel Wheel Design Journey where we discuss our partnership with UNLV.