Last week we observed the natural frequency of different tires, wheels, weights, and wheel location. For those tests, we used an Emerson data acquisition system that produced highly accurate results. However, riding with a computer and cables strapped to the bike is not ideal for more intense testing. This week, we explore another sensor option, which is smaller and more affordable, mounted in different locations to try and recreate the results we found using the Emerson data acquisition system.

The new sensors are 3-axis accelerometer data loggers. Thanks to Gulf Coast Data Concepts for making the perfect product. Below are a few of the key specs on the data loggers.

We chose 16g to give us a decent range for testing. The g refers to gravitational acceleration, which is 9.81m/s^2, therefore, the sensor could withstand 16 times 9.81m/s^2, roughly 157g. More on this later in an upcoming article.

The other items, such as the real time clock, micro SD card, etc., were for convenience. They made testing and post analysis easy and simple. You can see an image of the sensors below. 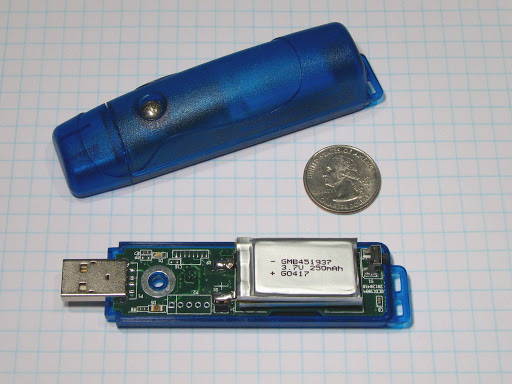 We mounted the sensors in two locations—the front fork, and directly on the wheel.

The fork-mounted sensor was very close to the skewer mount that we used for the Emerson unit. The fork is also a non-rotating object, and would give us a reference to the sensor mounted on the rotating wheel.  The fork-mounted sensor acts as a bridge between the data we saw from the Emerson, and the data we were gathering from the wheel. If we could show the fork data matched the data from the Emerson analyzer, then in theory, we should be able to pull the same data from the wheel. 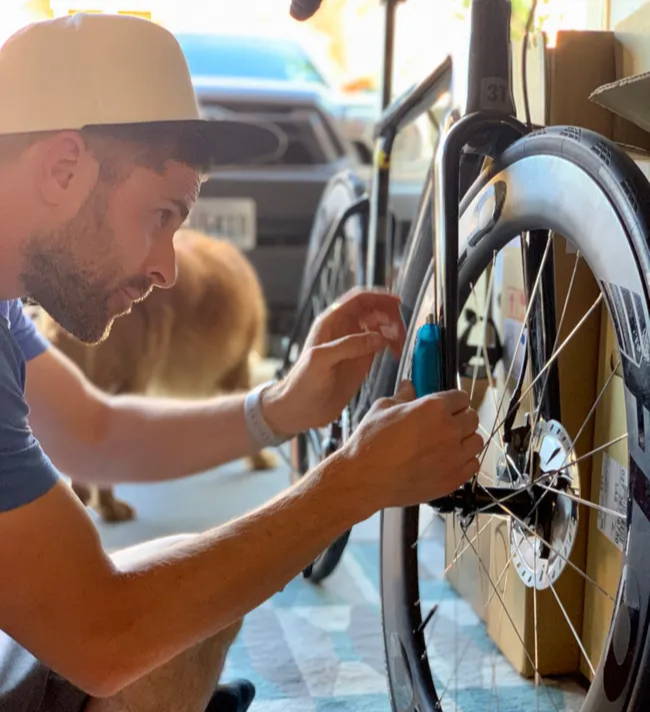 The wheel-mounted sensor was located on the rim of a FLO 64 AS Disc wheel. The problem with mounting the sensor in this location is that the wheel is rotating. When we used the Emerson, we used a stationary single-axis accelerometer that was aligned to read vertical acceleration. The wheel-mounted sensor introduces motion and complicates things quickly. Our goal was to be able to process the data in a way that would give us the same results observed from the Emerson data. More on this in an upcoming article. 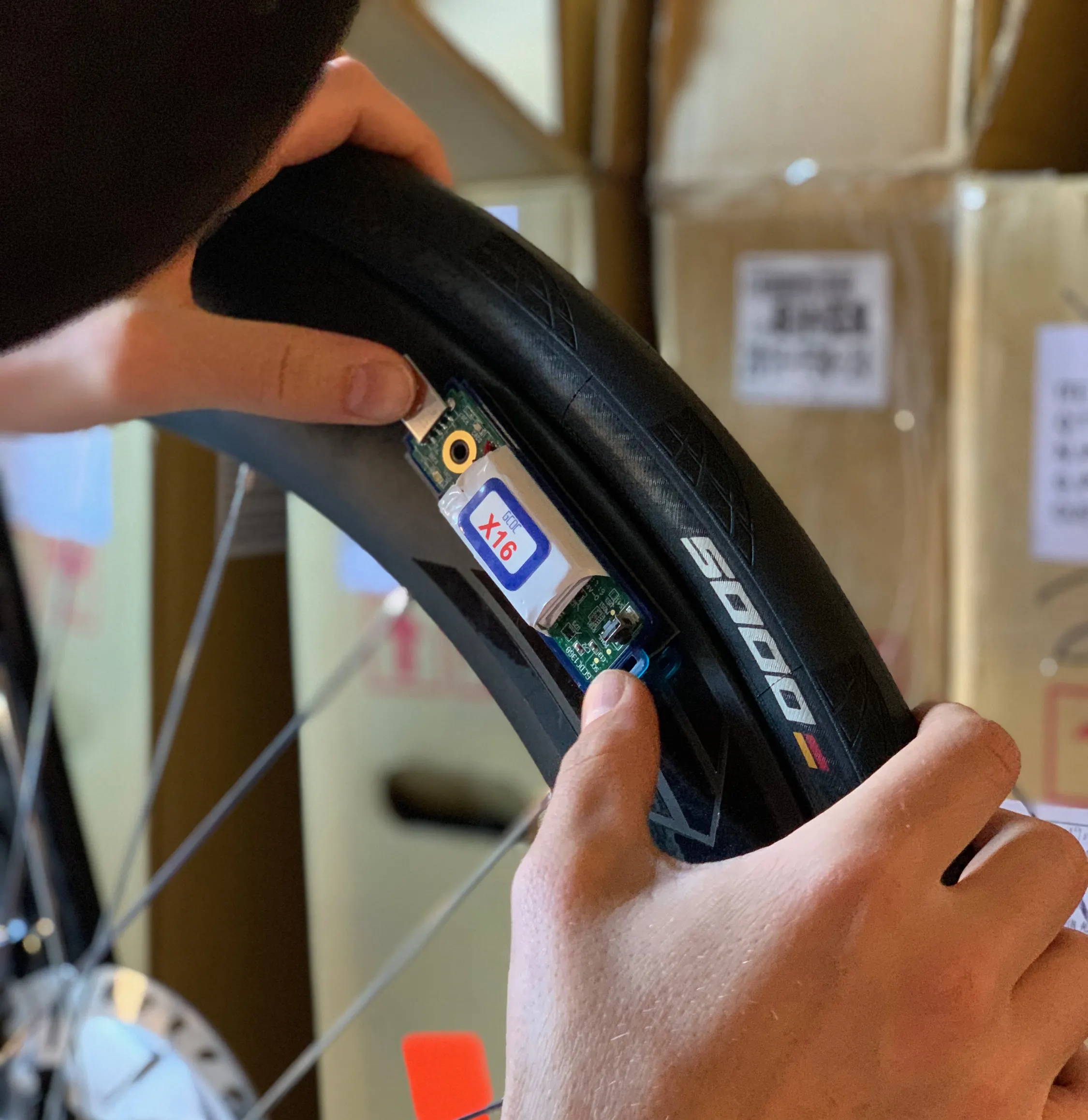 If the results were the same then we would see a smooth profile below 85 psi, an increase of excitation vibration at 85psi, and a lot of excitement at 120 psi—just like the Emerson data showed. Here is what we saw.

We saw a specific increase at 85 psi, and a max acceleration at 120 psi. The three graphs below show the FFT results from the fork-mounted sensor at 60, 85 and 120 psi. Please note and ignore the change in the y-axis scale.

I’m excited to say the wheel results show the same thing. There is some fancy behind-the-scenes math going on to get these results, but it does work. Take a look at the results from 60, 85 and 120 psi below.

Preliminary results show that we can recreate the same data with a sensor mounted to a cycling wheel. However, it’s too early to tell if this will work in various conditions, and if the theory of measuring impedance break points by measuring vibration will hold true in all of those conditions. There is a lot more to study. Next week we’ll talk about our first large-scale test, g forces in cycling wheels, and our next steps. Stay tuned!